PixabayMany environmentalists say the EPA’s most dangerous environmental rollbacks amount to a giveaway to industrial polluters and emitters.

Since taking office, the Trump administration has, through the Environmental Protection Agency and other federal agencies, been hard at work dismantling more than 100 environmental rules that protect and preserve American land, water, and wildlife from pollution, development, and oil and gas drilling. Environmental regulations help prevent “haphazard and harmful and random and unfair misuse of resources,” says Caitlin McCoy, staff attorney in the Environmental and Energy Law program at Harvard Law School.

According to the program’s Regulatory Rollback Tracker, which McCoy has helped maintain since it launched in 2017, the current administration has completed the reversal of at least 38 environmental rules, while 37 more are still in the process of being finalized. Thirty-two more finalized rule reversals are being challenged in court, while two rules have been fully or partially vacated in the courts.

In August alone, the administration, through the EPA, relaxed a rule regulating leakage of highly potent methane during hydraulic fracturing for natural gas; announced through the Bureau of Land Management that it would open up a long-protected wildlife refuge in Alaska to oil and gas drilling; and put forth an EPA plan for the emissions of ozone and particulate matter that would keep the current standards, despite widespread calls for standards to become more stringent.

Daniel Esty, director at the Yale Center for Environmental Law and Policy and former chair of the EPA’s regulatory board, calls the administration’s rollbacks a “wholesale assault on a half-century structure of environmental law and policy.”

McCoy adds that what began as a “targeted undoing” of Obama-era environmental policies has evolved more recently into rolling back regulations put in place by previous administrations—in a few cases, decades ago.

According to Esty, McCoy, and Laura Bloomer, legal fellow in the environmental and energy law program at Harvard Law School, a handful of the rollbacks that are final or in process pose an outsized danger to the environment. Many of the proposed and completed rollbacks (denoted below with an *) loosen regulations on the mining and burning of coal, which had been on the decline because of its ecological impacts and cost compared to other energy sources. 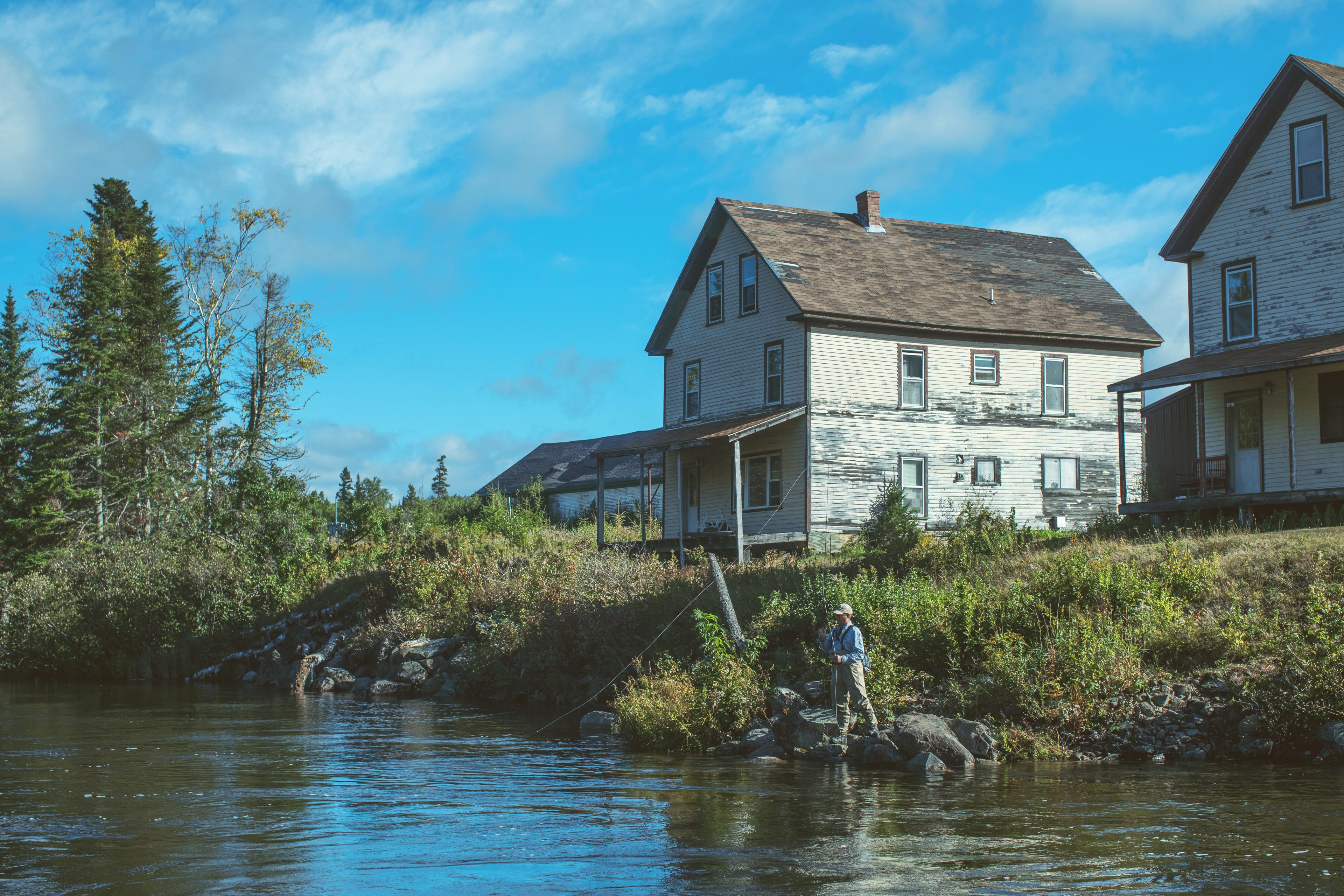 Methane standards for oil and gas facilities: In late 2016, the EPA issued a rule requiring oil and gas operators to submit plans for how they would prevent leakage of methane, a potent and long-lasting greenhouse gas that is released during hydraulic fracturing, or fracking, contributing to climate change. But almost immediately after the inauguration in 2017, the new administration’s EPA began the process of reversing the rule regulating methane emissions. That process concluded on August 14, 2020, with the EPA publishing its final rule—one that will not make natural gas companies engaged in fracking find and fix methane leaks.
Impacts: air pollution
Status: final

Fuel Economy and greenhouse gas emissions standards for cars and light trucks: Auto makers have had to comply with standards regulating levels of greenhouse gases vehicles can emit since 2010, as transportation accounts for nearly 40 percent of all carbon emissions in the U.S. The new rules, finalized in March, while still mandating gradual emissions decreases each year for new cars and trucks, lowers those annual cuts to just 1.5 percent—down from 5 percent annually under the Obama-era standards.
Impacts: air pollution
Status: final; in litigation

Clean power plan / carbon pollution emission guidelines: Finalized in 2015, the Clean Power Plan (CPP) established targets for each state to reduce greenhouse gas emissions from their power plants, transition away from reliance on coal for electricity, and reduce energy sector emissions by 32 percent from 2005 levels nationwide. Finalized in June 2019, the CPP’s replacement—the Affordable Clean Energy (ACE) Rule—is projected to reduce energy sector emissions by just 0.7 percent by 2030. In 2019, AMC was among 10 environmental groups to sue the Trump administration over the ACE Rule’s detriment to the environment and human health.
Impacts: air pollution
Status: final; in litigation

National air quality standards for fine particulate matter and ozone: Against the latest science, the EPA will retain the current air quality standards for particulate matter and ozone, rather than revising them to be more stringent. These two standards, which AMC has advocated for strengthening, have generally been tightened every time they go up for review. [[[How often are they up for review?]]] “EPA is essentially declining to take further action from the status quo and is doing so in the face of mounting scientific evidence that standards should be tightened,” McCoy says. In a 2019 case brought by Earthjustice on behalf of five environmental groups—including AMC—the U.S. Court of Appeals for the District of Columbia Circuit ruled that the EPA’s ozone standards must protect forests against smog but left EPA’s decision on human health protections in place.
Impacts: air pollution
Status: in process

Coal ash rule*: Produced whenever coal is burned at a coal-fired power plant, coal ash—or coal combustion residuals—is a highly contaminant industrial waste, two-thirds of which ends up in coal ash landfills. In 2014, the EPA finalized a rule setting structural standards for facilities that store discarded coal ash, which can contaminate waterways with mercury and arsenic, and requiring groundwater monitoring, record-keeping, and public disclosure of data. The administration has proposed a few modifications to the 2014 rule, including only requiring facilities to demonstrate the safety when storing coal ash in sensitive areas like flood plains.
Impacts: air and water pollution
Status: in process

Cross-state air pollution rules*: Under the Clean Air Act, upwind states must control the drift of ozone and other smog-producing particulates to downwind states. The 2016 Cross-State Air Pollution Rule required strict reductions in emissions from power plants in these upwind states. In 2018, the EPA sought to ignore these contributions of ozone forming pollution from upwind states and has denied petitions from states complaining of cross-border pollution—a right set forth in Section 126 of the Clean Air Act. In 2019, AMC joined several groups in challenging the EPA’s inaction on cross-state pollution in the U.S. Circuit Court of Appeals in the District of Columbia, and in October of that year the court ruled that the agency must place tighter limits on industrial sources of pollution that drifts across state lines.
Impacts: air pollution
Status: in process; in litigation 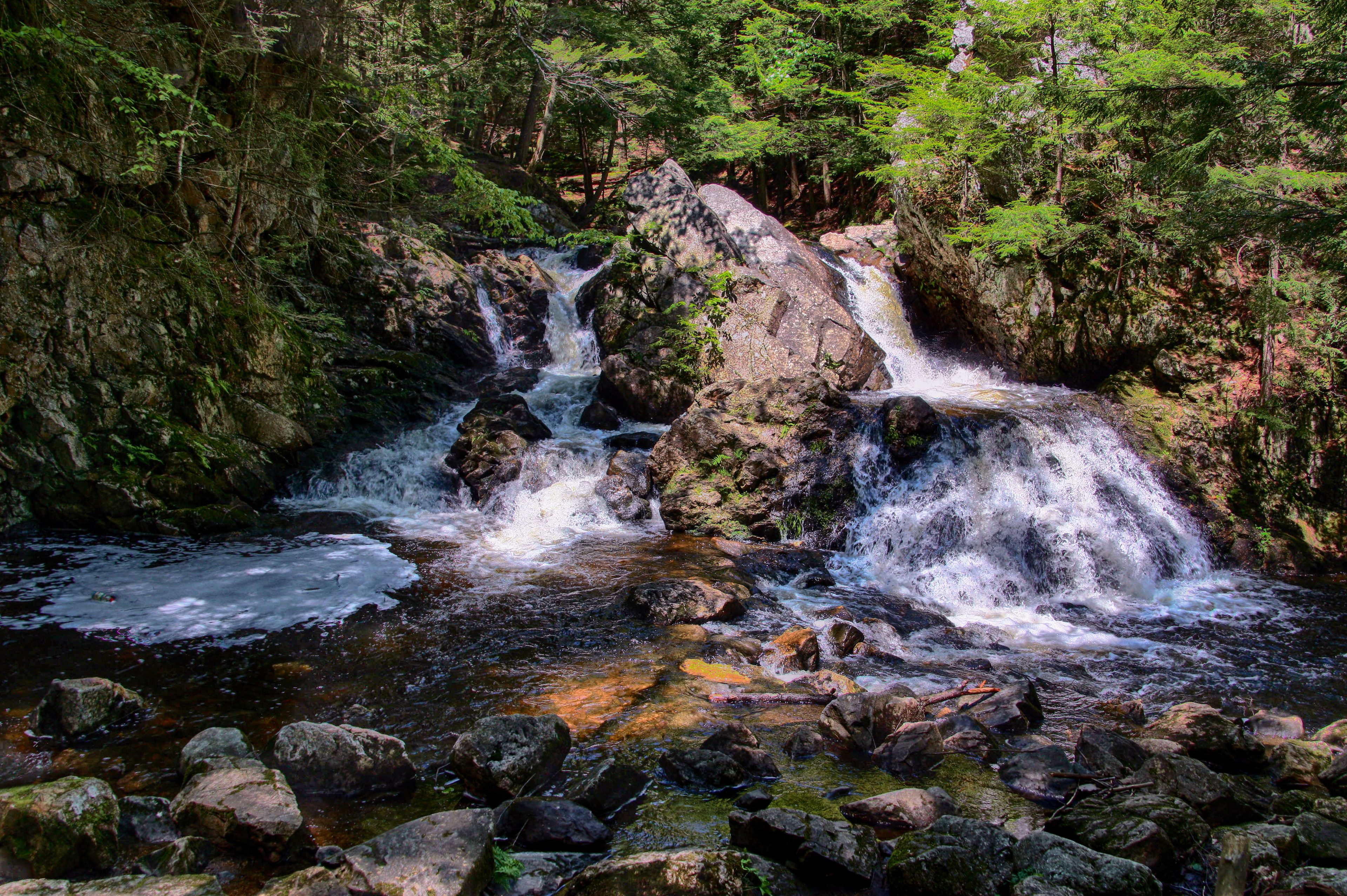 Waters of the United States rule: The 2015 Clean Water Rule, put in place by the EPA and the Army Corps of Engineers, defines which streams and wetlands are protected under the Clean Water Act. The current EPA has rescinded this rule, replacing it with less stringent definitions that reduce the number of waterways and wetlands that are protected by the Clean Water Act. This opens more wetlands up to development and more waterways to contamination. During a public comment period in 2019, AMC submitted written opposition to a rule it says would “irreparably damage our rivers and streams throughout the Northeast and the nation,” according to Mark Zakutansky, AMC’s director of conservation policy.
Impacts: water pollution
Status: final; in litigation

Stream Protection Rule*: In 2016, the Department of Interior published the Stream Protection Rule “in order to avoid or minimize impacts on surface water, groundwater, fish, wildlife, and other natural resources” from coal mining. In February 2017, a Republican-led Congress repealed this rule under the Congressional Review Act.
Impacts: water pollution
Status: final

Power plant effluent limits*: The waste water put into surface waters by many steam power plants, especially coal-fired ones, contains toxins and heavy metals like arsenic, lead, mercury, selenium, chromium, and cadmium. A 2015 EPA rule cut the amount of pollutants steam power plants can discharge by an estimated 1.4 billion pounds annually. After delaying compliance deadlines by more than two years, the EPA in 2019 filed its proposed rewrite of the Obama-era waste water rules, relaxing the limits for all power plants and creating exemptions to the regulation for “high-flow” facilities.
Impacts: water pollution, wildlife, human health
Status: in process 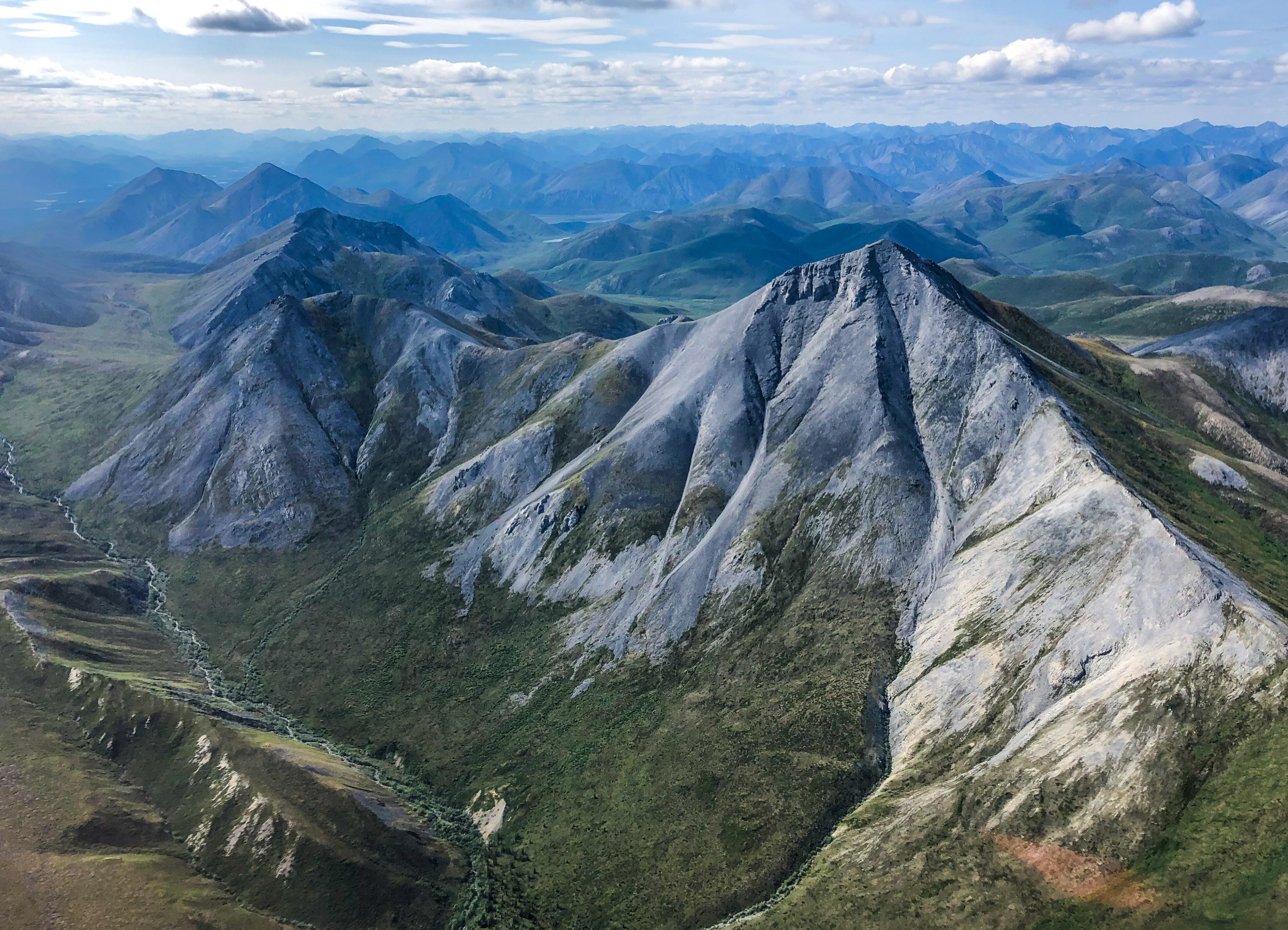 Danielle BrigidaAlaska’s Arctic National Wildlife Refuge may for the first time be opened up to oil and gas drilling under a new policy at the Department of Interior.

Oil and Gas Development in the Arctic National Wildlife Refuge (ANWR): The 12-million-acre Arctic National Wildlife Range in northeastern Alaska has been designated a protected refuge by the Department of Interior since 1960. The use of the land for oil and gas drilling has been debated for decades, and in 2015 the Obama administration and Congress were unable to pass legislation permanently protecting ANWR from development and drilling. In 2017, the president signed a bill ordering the Department of Interior to develop a plan to begin drilling along ANWR’s coastal plain, and the final rule permitting exploration there was published in August.
Impacts: wildlife, cultural, air pollution
Status: final

The social cost of carbon: Greenhouse gas emissions reductions bring many benefits to society, including to the economy, agriculture, human health, and ecosystems. In 2010, the Interagency Working Group on the Social Cost of Greenhouse Gases was tasked with ensuring that agencies consider social factors when doing cost-benefit analyses. In March 2017, the EPA disbanded the working group and reversed their requirements for cost-based analysis.
Impacts: air pollution, analyzing impacts
Status: final

National Environmental Protection Act (NEPA) environmental review requirements: Under the 1978 regulations for how to implement NEPA, a bedrock environmental regulation originally passed in 1969, agencies must perform an environmental review for “major federal action,” including permit decisions, adoption of agency policy, formal planning, and agency projects. Included in this process is an analysis of alternatives, based on potential impacts including a project’s greenhouse gas emissions and effects on climate change, formalized in 2016. In July 2020, after input from the White House, the EPA finalized its rewrite of the NEPA review requirements, providing deadlines and page limits, removing the requirement to include cumulative impacts like climate change, and narrowing the use of social cost of carbon measurement. Communities especially vulnerable to environmental stressors worry these changes will reduce their ability to provide input on potentially damaging projects. “Ultimately, the changes that have been put in place by [the White House] reduce the number of projects that need to go through the review process and reduce the scope of that process,” McCoy says.
Impacts: development, analyzing impacts
Status: final 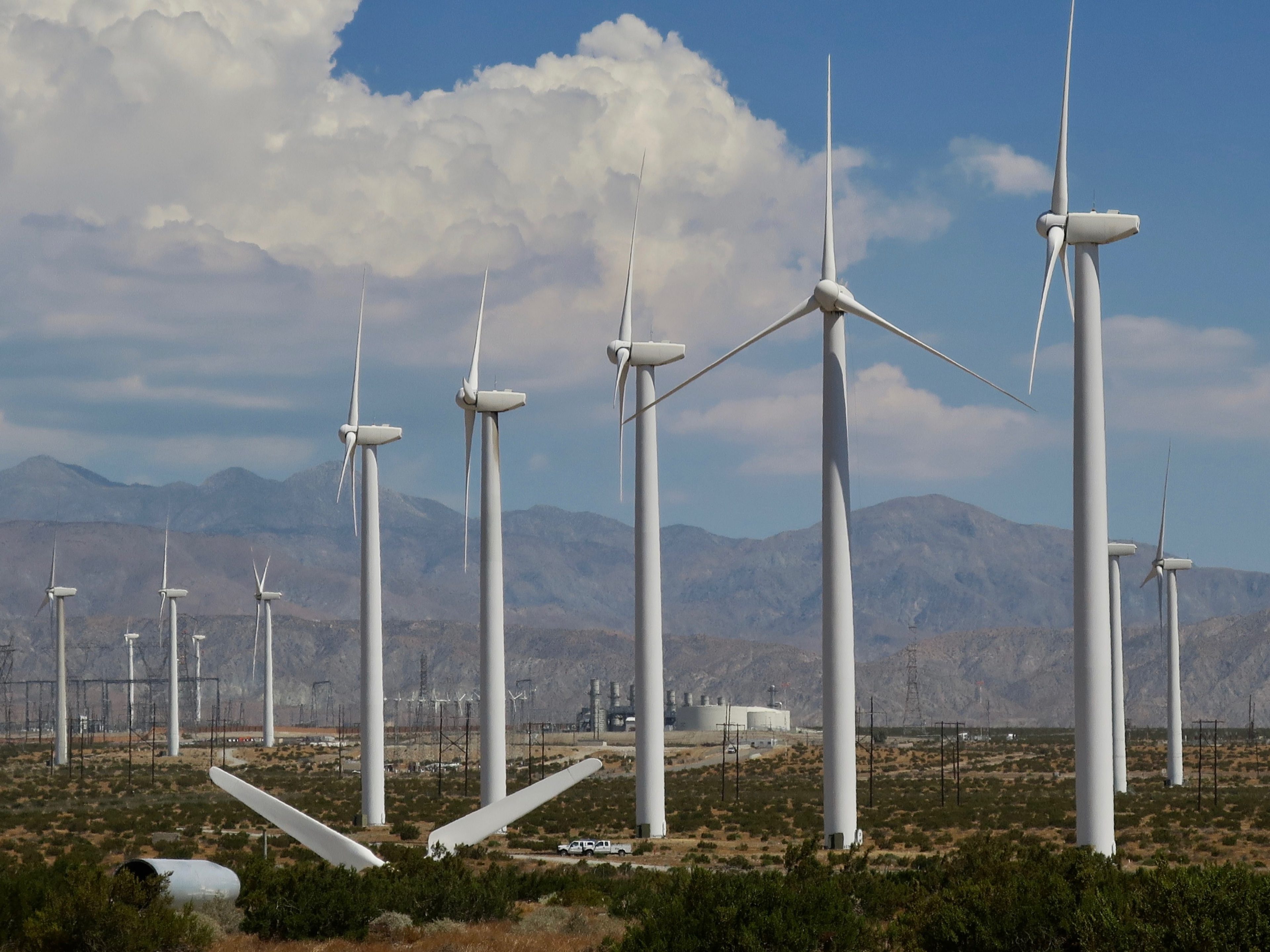 Laurel and Michael EvansWill environmental regulations continue to be relaxed under future administrations, or will a more renewable future emerge?

To be sure, future administrations should be able to halt or reverse many of the regulatory rollbacks introduced or finalized over the last few years, Esty says. He adds that on several rules, especially those governing mercury and toxic standards, the power industry has already complied with the Obama-era rule and shut down plants that could not meet the standard, reducing the impact of the rollback. And the United States’ exit from the Paris Climate Accord—which commit countries to taking measurable steps to cut carbon emissions—will not be finalized until after the November election, meaning a new administration could re-enter the agreement.

But McCoy says EPA and the Department of Interior have worked to dismantle the authority that future administrations will have to re-regulate in some of these areas. She also warns that in cases where a rule is being litigated, courts may look unfavorably on flip-flopping interpretations at EPA. “When you have the EPA oscillating back and forth between what the Clean Water Act says, that’s when things get complicated,” she explains. “The court says, ‘what do you really mean?’ The agency has to justify changing its mind in a short amount of time.”

AMC has long advocated for clean air and water and the protection of views and the ecological health of special outdoor spaces such as National Parks and wilderness areas, says AMC staff scientist Georgia Murray.

“It is unfortunate that the current EPA has not worked to improve air quality or reduce health impacts but instead has sought dangerous rollbacks that undermine key Clean Air Act protections,” she says. “AMC will not let these actions stand and will continue fighting for a clean and healthy outdoors now and in the future.”