California is in the second year of a drought. According to the UC Davis Center for Watershed Sciences, “Northern California has received about 48% of average historical precipitation for this time of year.  This is the 3rd driest water year on record, so far.  Only 1924 and 1977 were drier in precipitation over the last 101 years.  At this time of year, there will probably be little more precipitation until fall. Statewide snowpack is about 30% of the average for this date.  Snowmelt will only help reservoir storage a little this year, but we will be glad to get any of it.”

In the Klamath Basin, farmers, indigenous tribes, and endangered species are competing for water in a situation nobody ever wanted. The Klamath Basin has faced drought conditions almost every year this past decade, and 2021 is on track to becoming the worst water year in at least four decades.

The drought we are already experiencing is reminiscent, if not worse, than what we saw in the early 2000s. Everyone – Tribes, farmers, fisheries, wildlife species, and families – can feel the impacts of this drought already. 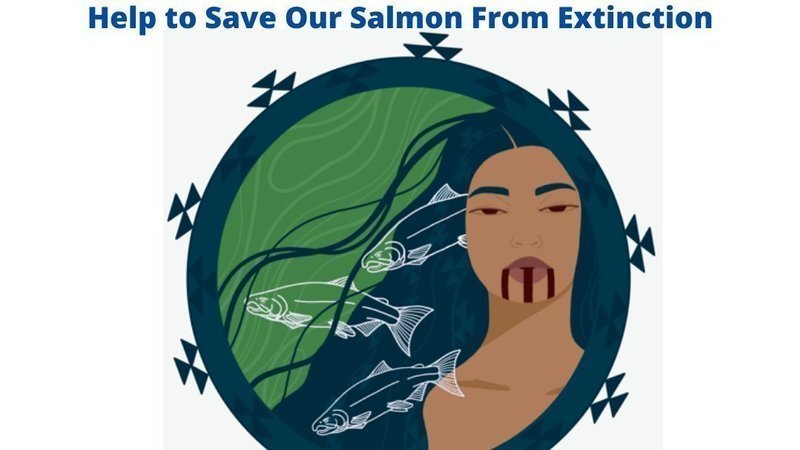 Take Action for California Water Justice. Sign the petition by our partners at Save California Salmon.

Native salmonids need cold and clean water all year long to survive. The 2017 SOS II:Fish in Hot Water scientific report jointly published by CalTrout and the UC Davis Center for Watershed Sciences found that climate change is the overarching threat to native salmonids. And if present trends continue, 45% of native salmonids will be extinct in the next 50 years.

If unaddressed, climate change-induced droughts will continue to negatively impact our native streams and salmonids and the ongoing resource battle for water will worsen.

CalTrout is using innovative science-based solutions to solve complex resource issues and balance the needs of fish and people.

Growing Food for Fish and People

In the Central Valley, CalTrout is working with farmers to grow fish food on the floodplains during the off-season of rice farming. The flooding of fields mimics natural floodplains providing rich habitat and source of food for native fish and migratory birds. This collaboration between farmers and fish exemplifies that we can have win-win solutions to provide benefits to both wildlife and people.

Mountain Meadows fill an essential role for the ecosystem – they catch winter run-off when the snow melts, they store and release water throughout the year and are a bedrock of biodiversity. They capture carbon in their below-ground root systems and above-ground greenery, they are relatively resistant to wildfire, and they are important wildlife corridors.

CalTrout is part of the Sierra Meadows Partnership, a diverse coalition of organizations engaged in meadow protection, management, restoration and applied research to increase the pace, scale and efficacy of meadow restoration in the Sierra. One of our major goals is to restore 30,000 acres by 2030, which is roughly 10% of the total estimated meadows acreage in the Sierra Nevada. This goal is ambitious, but many groups are collaborating in the recognition that these are some of our last best places.