Salmon and Orca Summit a historic milestone, opportunity for action 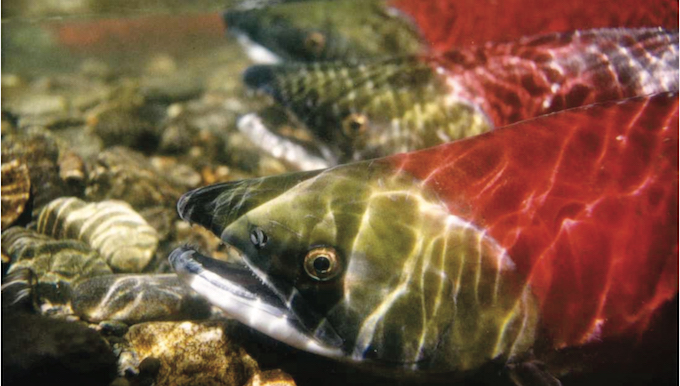 Salmon and orca are facing extinction as dams block river habitat and climate change heats up Northwest streams. That’s why the Salmon and Orca Summit on July 7 and 8, hosted by the Nez Perce Tribe and the Affiliated Tribes of Northwest Indians, is so timely. The summit, which will take place on the traditional homelands of the Squaxin Island Tribe, represents hope, opportunity, and a chance for real solutions.

The tribes are providing the leadership our region needs right now. Let’s celebrate all that salmon and orca mean to us and seize this moment.

In May, the Affiliated Tribes of Northwest Indians passed a resolution “calling on the President of the United States and the 117th Congress to seize the once-in-a-lifetime congressional opportunity to invest in salmon and river restoration in the Pacific Northwest, charting a stronger, better future for the Northwest, and bringing long-ignored tribal justice to our peoples and homelands. The fate of our Tribes and the Northwest salmon are intertwined.”

American Rivers stands with these 57 tribes in their call to action. We named the Lower Snake River America’s Most Endangered River® of 2021 because no river is in more need of bold, urgent action. We need federal investment this year in a plan that includes the removal of the four dams on the lower Snake to restore the free-flowing river that salmon need. The plan must include infrastructure investments to replace the dams’ services. A well-crafted, comprehensive solution would not only benefit the Northwest, but the nation as a whole by restoring salmon runs, bolstering clean energy and strengthening the economy of one of the most dynamic regions in the country.

We look forward to listening and learning from the native leaders at the summit. It is a historic government-to-government moment in the movement for Indigenous sovereignty and treaty and human rights. We call on the Biden administration and Senators Murray, Cantwell, Wyden and Merkley to engage in a meaningful way, and to work closely with the tribes on a plan to save salmon, deliver justice, and invest in the Northwest.

Please join us in supporting the tribes. Urge the Northwest congressional delegation and the Biden administration to follow the tribes’ lead on solutions. The time for action is now.

You can watch a live-stream of the summit on the Nez Perce Tribe’s Facebook page.