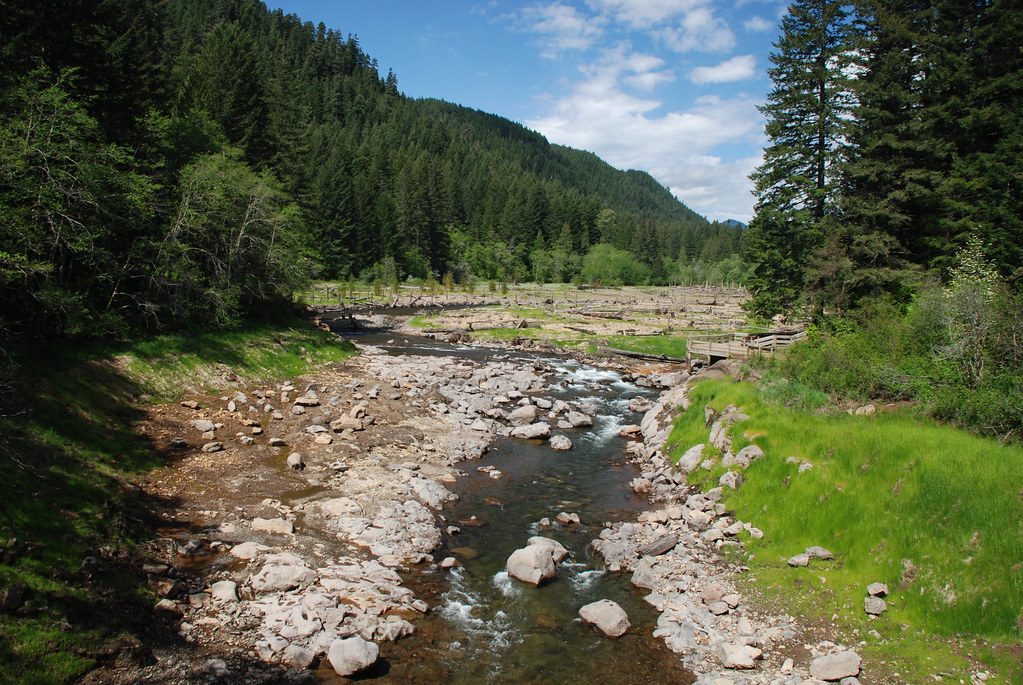 Trout Creek flows for over twelve miles from deep within the Gifford Pinchot National Forest until it joins with the Wind River and then runs into the Columbia River Gorge. Historically, Trout Creek provided a significant portion of the prime habitat for Steelhead and trout. In the 1930s, the Civilian Conservation Corps built Hemlock Dam to provide hydro power for their camp, and irrigation for a tree nursery. The 26-foot high concrete dam not only blocked fish on their migration up the creek, but also created a shallow reservoir, flooding the area with several feet of water that heated up in the sun to temperatures above what the fish could bear. The dam ceased to provide any purpose in 1997 and fell into disrepair as fish populations were struggling to hold on. The U.S. Forest Service declared the dam the main limiting factor in recovering endangered wild steelhead in the area. The creek was restored in the summer of 2009 with the removal of Hemlock Dam.