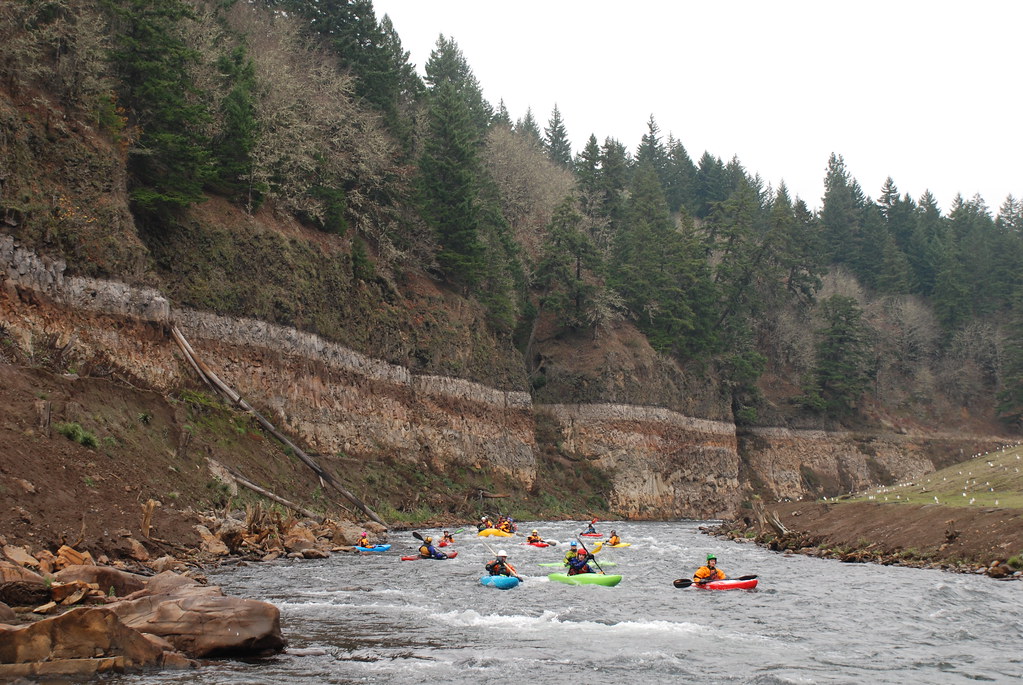 The Condit Hydroelectric Project (P-2342), constructed in 1913, consisted of a dam that diverted flows from 1.1 miles of the White Salmon River and returned it directly to that river. The project works included a dam that impounded the river, creating Northwestern Reservoir, as well as a water conveyance system, a powerhouse, and other facilities. The White Salmon River flows into the Columbia River 3.3 miles below the Condit dam site, while Northwestern Reservoir extended three miles upstream of the dam.

The original federal license for this project expired at the end of 1993, and the project operated under annual licenses through 2011. PacifiCorp filed an application for a new license for the project in December 1991, and FERC staff prepared Draft and Final Environmental Impact Statements (EIS) addressing the relicensing proposal. In October 1999, PacifiCorp filed an application for amendment of license and approval of an offer of settlement that it had reached with various federal and state agencies, Yakama Nation, and conservation groups that included members of the Hydropower Reform Coalition. The settlement agreement envisioned extending the existing license term to October 1, 2006, then ceasing project operations and commencing removal of the dam and all other project works except the powerhouse, a process expected to take about a year. The settlement also provided that PacifiCorp could request renewal of FERC processing of its relicense application if one of a number of conditions specified in the settlement were not met. FERC determined that this filing was, in effect, an application to surrender the existing license and remove most of the project works.

FERC issued public notice of the October 1999 filing. The Final EIS from the relicense proceeding was incorporated into the surrender proceeding by reference, and FERC staff issued Draft and Final Supplemental EISs addressing the surrender proposal in 2002. In the Final Supplemental EIS, FERC staff recommended surrender of the license and removal of the project facilities in accordance with the surrender proposal, with additional FERC recommendations. Subsequently, PacifiCorp submitted filings extending the intended time for ceasing project operations and commencing project removal, largely on the basis that it had not yet received all necessary approvals, notably issuance of water quality certification from Washington Department of Ecology and final approval of its proposal by FERC. In September 2010, PacifiCorp notified FERC that it expected to begin project removal in October 2011, as long as all required permits and a FERC Surrender Order were obtained on terms consistent with the settlement and in final form by December 31, 2010.

By order issued December 16, 2010 FERC accepted the surrender of PacifiCorp’s license for the Condit Project No. 2342, authorized the removal of most of the project facilities, and dismissed PacifiCorp’s previously filed application for a new license. A technical issue remained with regard to the filing date of the water quality certification with Washington Department of Ecology, but on April 21, 2011 FERC issued an order on rehearing stating that the removal was subject to the conditions submitted by the Washington Department of Ecology under section 401 of the Clean Water Act. On October 26, 2011 the dam was breached following a powerful explosion that blasted a hole in the base of the dam. The reservoir drained in an hour restoring a free-flowing White Salmon River. The dam structure was removed over the following months and on October 31, 2012 all major in-water work was completed and the river was opened to the public, an event that was featured in the Patagonia film DamNation. On August 1, 2019, FERC determined that all requirements of the License Surrender Order had been satisfied making the surrender of the hydropower license effective.

While the settlement agreement covered removal of the dam, it did not include disposition of project lands. On November 19, 2019 PacifiCorp and Yakama Nation announced an agreement for a Right of First Offer for as much as 289 acres of land along the White Salmon River from the former dam site downstream to the confluence with the Columbia River. In a separate announcement on September 21, 2020, SDS Lumber Company announced their intent to consider the sale of approximately 100,000 acres of timberlands in the watershed, upstream of the former dam site, that included shoreline along the White Salmon River. On September 30, 2021, Twin Creeks Timber, The Conservation Fund, and WKO announced an agreement to acquire the majority of the SDS lands. Members of the HRC have engaged in these efforts to support long-term conservation of lands in the watershed to fully realize the benefits of dam removal and appreciate the ongoing leadership of the Yakama Nation in these efforts.

Learn more about the restoration efforts in this video marking the ten-year anniversary of the dam removal.