The North Umpqua Project was constructed between 1947 and 1956. It consists of a series of dams and canals that divert water to the eight developments, each of which has a powerhouse and a dam. The Toketee Development, located at the confluence of the Clearwater and North Umpqua Rivers, includes a 58-foot-high embankment dam on the North Umpqua that impounds the 96.9-acre Toketee Lake (with a total maximum storage capacity of 1,051acre-feet), 6,994 feet of pipe and tunnel extending from Toketee dam to the penstock, a single 1,067-foot-long penstock that splits into three approximately 158-footlong sections near its downstream end, and a powerhouse with three turbine-generators having a combined installed capacity of 42,500 kW. The powerhouse is located on the North Umpqua approximately two miles downstream of Toketee Lake, which serves as the forebay for the development and provides active storage to regulate flow through the powerhouse. 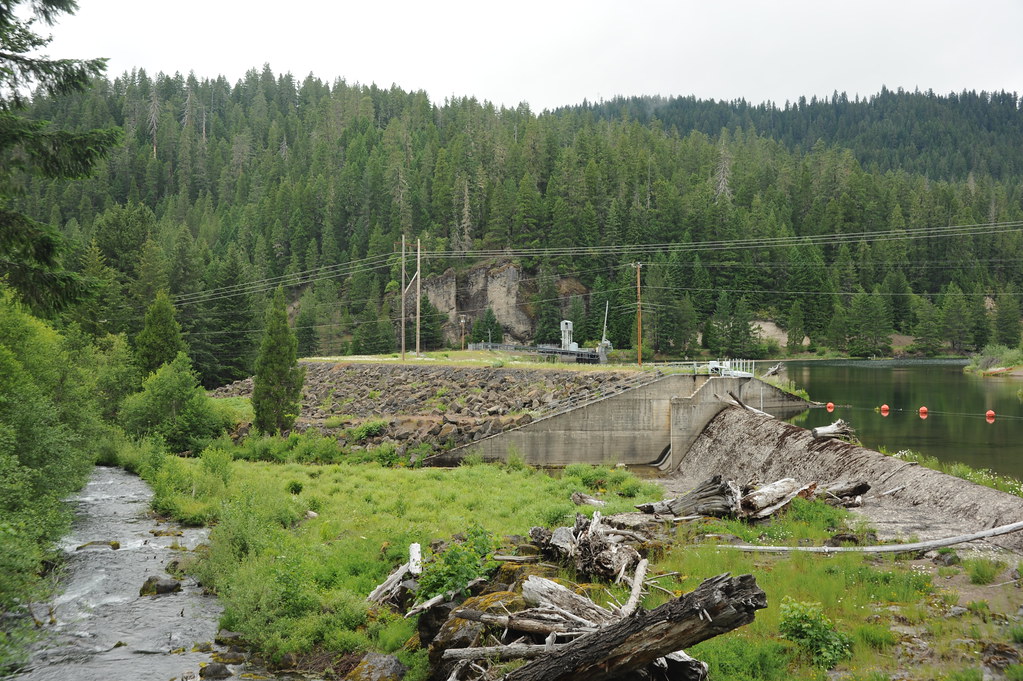